It is with deepening concern that I have responded to the recent controversy regarding racially offensive comments made at the introduction of one of the plenary sessions at the Leeds IMC this year and, on behalf of SMFS, wish to support the current demands of many medievalists for systemic changes to be made in the way policies and programming at the IMC appear to be operating. Indeed, I raised just such concerns with the IMC management in August of 2016, when the theme of ‘Otherness’ was announced for the 2017 Leeds IMC. At that point, I wrote to express our entirely valid concerns about the combined whiteness and maleness of invited plenary speakers over the years and to suggest a number of very fine people who could be invited to offer an array of diverse and exciting perspectives. I was therefore more than dismayed to see one of the plenary sessions, in particular, play out in utterly reprehensible ways. As a result of this ongoing situation, I am making public both letters below to add to the full context of the present complaints, campaigning and petitioning. I also wish to make it clear that the IMC quickly responded to both letters, assuring me that real and meaningful diversity is their aim and that they are just beginning to assimilate all feedback regarding the 2017 conference.

Re: Equality and Inclusion at the Leeds IMC

I am writing to you in my capacity as President of the Society for Medieval Feminist Scholarship (SMFS) and a member of the UK-based Gender and Medieval Studies group (GMS) steering committee, both of whose presence at the Leeds IMC has been made most welcome and whose contributions have developed considerably over the last decade or so. I am also writing to you in my capacity as a scholar who has attended, contributed to and organized sessions at almost every congress since 1997. The event has therefore proved to be a major point in my annual academic calendar and I have been very pleased to see it grow from strength to strength and to witness its highly successful transition to the city-centre campus under your guidance.

The work of SMFS and GMS at this conference has also served to encourage new generations of scholars of all genders and sexual orientation, who have found in us and at Leeds a supportive space in which to develop their academic careers. Indeed, this is a central part of the SMFS mission, with a new fund having been established this year to facilitate the conference attendance and safe passage of those whom society continues to identify as other and to help challenge the latter term in this capacity. In this context, I was pleased to have been given the opportunity to participate in the additional session on harassment organized by Bettina Bildhauer in July and to witness the widespread concern about academic abuses of privilege and status that the session threw up. These remain pressing issues that will not be going away anywhere soon, of course, and certainly not ones that will comply with being brushed under the carpet.

My reason for writing, in addition to emphasizing the above, is to express SMFS and GMS concern, which I share on a personal level too, on the lack of diversity in terms of the plenary speakers being invited to speak at Leeds. I do not need to point out how overwhelmingly male, white and mainstream these have been to date and I am sure this is not the first time this has been brought to the IMC attention. Even this year, when such issues are very much part of medievalists online conversations and formed part of the discussions at the additional Roundtable, there was only one woman plenary whom, I believe, was sponsored by the Medieval Academy, rather than by the Leeds IMC. In an academic world famously populated with extremely gifted medievalists, it is disappointing, to say the least, to see such a fine and well-structured organization as the Leeds IMC generally closed to all but a very discrete demographic anything but other in terms of plenary invitation. The inevitable arguments about quality and diversity, moreover, that still tend to use the scholarship of older, white, western men as a template, simply do not bear the same weight in 2016 and, in many medievalist circles with a presence at Leeds, this has now become a huge clich something, Im pleased to see, that the conference theme for 2017 has seemingly attempted to address. In many ways, therefore, this is a very appropriate move within the zeitgeist of 2017 and much to be commended. It carries the potential to produce a diverse and intellectually challenging conference participation that breaks down all kinds of barriers. However, we firmly believe that such good work will be readily undermined subjected to ridicule even should a concerted effort to offer diversity of plenary speakers not be consciously made. Indeed, there is little doubt that social media will explode with outrage if the tenets of the conference theme and Call for Papers are not honoured in the IMC choice of plenaries. To have a group of traditionalist male plenaries lecturing a room of diverse peoples on diversity issues and otherness would be, of course, completely untenable, insulting and risible, even a potentially damaging issue easily solved by wider consideration of what actually constitutes the qualitative term suitable.

I believe a good number of people from SMFS and outside have already sent in an array of names of high-achieving, intellectually rigorous and highly respected speakers who both embrace and embody diversity. I would therefore exhort you and your team not only to embrace these suggestions but also to take this opportunity to break through the very limited but deeply entrenched boundaries surrounding the academic demographic of those scholars who have been deemed suitable in the past. As the recent Roundtable (along with a similar one at Kalamazoo in May) and its widespread responses demonstrate, there is an overwhelming desire for change within the enforced hierarchies and privileges of academic culture and a loud call for courage and creative lateral thinking on the part of those desirous of effecting such change. We would dearly love to see the Leeds IMC now take up with enthusiasm what could become a major lead on such change a lead potentially begun with the impetus behind the recent Call; and, were that to happen, both SMFS and GMS would be happy to offer their support in such an endeavour.

I am grateful for having been copied into correspondence echoing most clearly many of the concerns that have been circulating in SMFS and GMS circles and elsewhere since this particular plenary session at the Leeds IMC, which, in discussing ‘otherness’ failed to reflect any real sense of diversity at all. This, of course, follows after a flurry of emails to the IMC earlier in the year regarding the need for more diverse plenary speakers – by which we did not mean ‘just’ women plenary speakers, of course. Whilst fully understanding that, by that time, these particular speakers would have been contracted, our misgivings were wholly upheld by the wholly inappropriate ‘joke’ made by the moderator regarding issues of colour (and, therefore, race), before the session had even begun. Not only did this demonstrate most publicly a complete lack of understanding of issues he was purporting to be moderating but a complete ignorance of the fact that such issues in academia are very carefully and rigorously theorised, so that platforms for informed and meaningful (never mind productive) discussions are established. With a conference topic such as ‘Otherness’ offering the presumption of informed and careful theorisation, to have a session like this framed by ill-informed ‘humour’ reinforcing the untenability of the entire session’s set-up, does the IMC no favours at a time when it is clearly trying to get its act in kilter with the twenty-first century world in which its many and diverse members are living. Most people attending Leeds in 2017 are not middle-aged to elderly white men and this needs now to be reflected systemically and systematically, if this great conference series is to retain its reputation and credibility.

I’m a great believer in action speaking louder than words and, in the light of our earlier correspondence regarding the need for far more diverse plenary speakers at the Leeds IMC (and my sending you a list of suggested names in this capacity), I wonder if this Chronicle article should now become the apt watershed for the IMC committee to bite the bullet and demonstrate its real commitment to real – and meaningful – diversity? I know there are a good number of members of that committee who would be more than ready – and extremely well-informed and capable – of taking this forward, and thus save the IMC’s reputation from more denigration for what looks from the outside to be ill thought-through policies based on a bygone age. 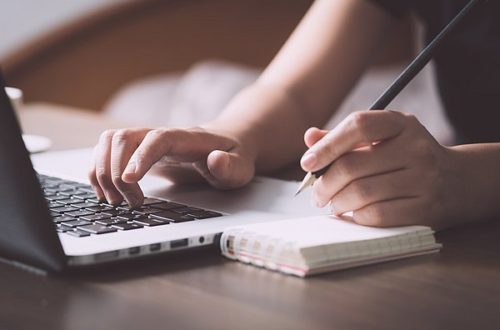 The Most Recent Issue of MFF: 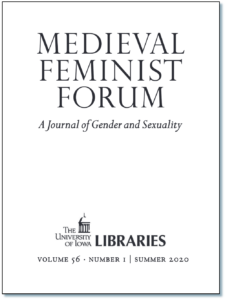